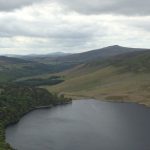 When I was a small business consultant, I would often discuss the essential practice of focusing on the important and not only the immediate. To be certain, the immediate requires our attention. However, if all we do is focus on the immediate, the important will grow to a critical mass that threatens to destroy the business venture.

Similarly, in the spiritual life, we must learn to distinguish between the subtle and the apparent. If we focus only on the apparent, we will miss the gentle, leading of God’s Holy Spirit and find ourselves trapped in legalism and external forms.

As Elijah discovered, God’s voice is always heard in the still, small voice. (1 Kings 19:9-18) The accuser shouts in the apparent, encouraging pride in the individual and dissension in the body of Christ. The accuser resides in that form of godliness that denies its power. (1 Timothy 3:1-5)

So how do we focus on the subtle?

Jesus taught us to retire to our inner sanctum and pray to our Father in secret. (Matthew 5:6) By this Jesus is directing us to have a private prayer life that is characterized by quiet contemplation of God and inner gratitude towards God.

Jesus condemned the act of proudly proclaiming prayers in public so that our piety would be noticed by those around us. The issue Jesus is warning us of is not praying in public. He often prayed in public. But he steers us away from ego, vanity and pride. Prayer (public or private) should arise from our humble submission to God’s will and word.

In our inner sanctum of quiet stillness, we can shift our attention away from the cares and concerns that threaten to plunge us into the abyss of fear, doubt and inadequacy. We turn full-faced into God’s mercy, love, provision, and power. God is our supply and in him we lack nothing. Our cup overflows with God’s goodness. In Christ, there is no need of desire for ego, vanity or pride.

It is so easy in our complex and busy lives to feel anxious and overwhelmed. But we will never find peace in trying to accomplish everything others try to burden us with. It is only in silencing the world and focusing on the subtle presence of God who never leaves or forsakes us that we will find the help and strength we need.

So, in the midst of our turmoil, let us all pause, take a deep breath, and bring our focus on the subtle presence of God. Let us hear his still, small voice in the sound of silence. And let us move forward with the words of Jesus in our hearts, “In this world you will have trouble. But be of good cheer. I have overcome the world.” John 16:33

Lord, you are my God; I will exalt you and praise your name, for in perfect faithfulness you have done wonderful things. You have been a refuge for the poor, a refuge for the needy in their distress, a shelter from the storm and a shade from the heat. For the breath of the ruthless is like a storm driving against a wall and like the heat of the desert. You silence the uproar of foreigners; as heat is reduced by the shadow of a cloud, so the song of the ruthless is stilled. The Sovereign Lord will wipe away the tears from all faces; he will remove his people’s disgrace from all the earth. In that day they will say, “Surely this is our God; we trusted in him, and he saved us. This is the Lord, we trusted in him; let us rejoice and be glad in his salvation.” Isaiah 25:1,4,5,8,9

Two men were hiking in the mountains on the edge of timberline. A storm was brewing with the certainty of lightning and hail. One looked at the storm brewing overhead and said, “I’m terrified.” The other looked up the trial and spotted the cabin that was their destination and said, “There is nothing to fear.”

I know I’ve talked a lot in my homilies for the last couple of weeks about focusing on the peace and safety of our destination rather than on the turmoil of the daily news cycle. Don’t get me wrong. I read the news every day. I want to know what is going on. However, that is not my focus. I choose to focus my mind and heart on the peace of God’s ever abiding presence, not the destruction and violence of those who have lost sight of God.

There is a great deal of mistrust, alienation, and anger being vented right now. People have lost faith in their government, law enforcement, their health, and the economy. But is that where their faith should have been in the first place? As in Jesus’ parable, when the house is built on sand, the storms will wash it away.

One who has unreliable friends soon comes to ruin, but there is a friend who sticks closer than a brother. Proverbs 18:24

God’s presence never falters. So much of this unrest is caused by alienation, that leads to anger, that leads to violence. The murder of George Floyd was the spark that ignited the current flame, but the fire has been raging for centuries, even millennia. At some point we need to stop fanning the flame and start dousing the fire.

His Truth never fails. Jesus lived in a world of great unrest. His homeland was occupied by a foreign army. Civil unrest was commonplace. The typical police response was to nail people to crosses. An historian of the period noted how a thousand people were crucified in a single day. Amid this turmoil Jesus said, “Love your enemies and pray for those who persecute you, that you may be children of your Father in heaven.” Matthew 5:44.

The path to peace in this turmoil is prayer. Pray for the alienated and the angry. Pray for the police. Pray for the civic and political leaders who need inspiration to lead those in their charge to greater safety and harmony. Mostly, let us pray that God cleanse our own hearts of fear, anger, prejudice, and judgment so that we can cease being part of the problem and become part of the solution. 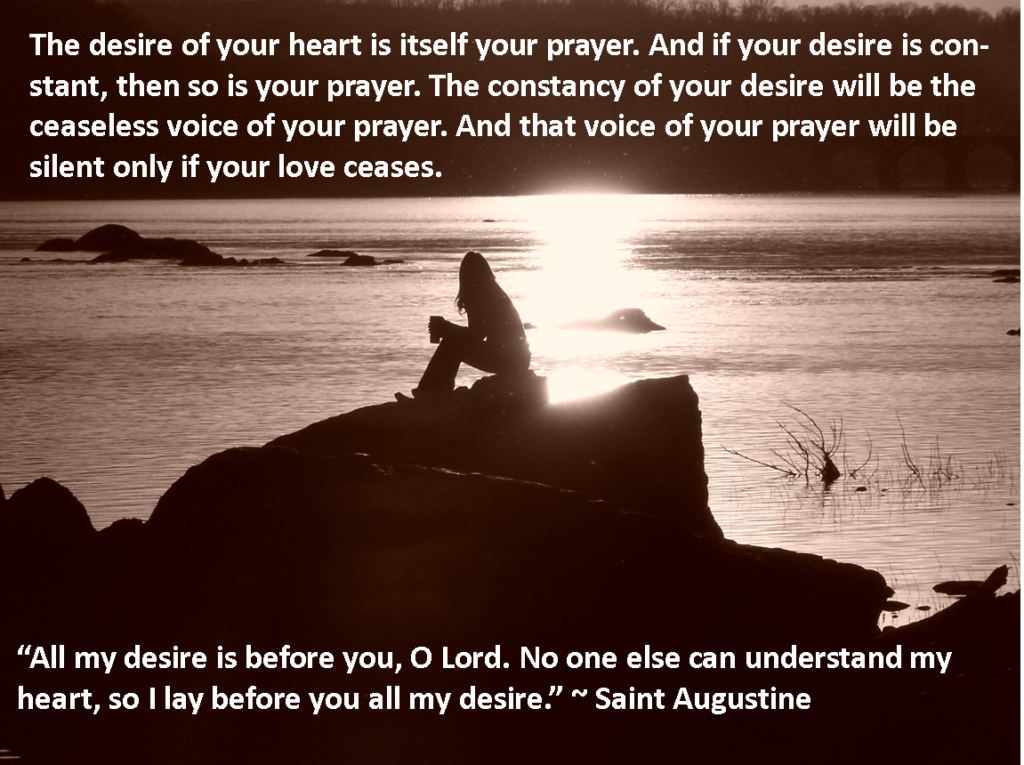 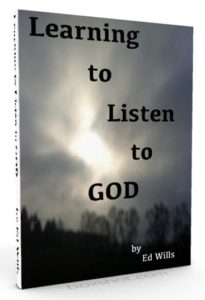 What does it mean to desire the Name of God?

To the ancient Hebrews, a person’s name was not just something to call someone, it embodied the essence of the person. We see this clearly when individuals experienced life changing events that resulted in the change of their name. Abram receives God’s promise and becomes Abraham. Jacob comes face to face with God and becomes Israel. Simon becomes Peter. Saul becomes Paul. Of course, God never changes but, like a multi-faceted jewel requires many names to describe the essence of his person. In the Bible, God’s name is given as Healer, Deliverer, Comforter, and Victor, to offer a few. In my book I list approximately 200 Biblical names or descriptors of God, and I do not claim the list is comprehensive. It is a great spiritual exercise to reflect on the names of God, and by them to explore God’s essence. When praying the Our Father, and you say, “Hallowed by thy Name,” meditate on 1 or 2. And then, ask yourself the question, “What does it mean to desire the Name of God?” Personally, I see a twofold answer. First, we desire God to be active in our lives. We desire God to be our healer, our deliverer, our comforter and our victor. Secondly, we are called to be the agents of Christ in the world. Therefore, in our daily interactions our words and deeds should bring healing, deliverance, comfort, and victory into the lives of those we interact with. For Christ is not only the one who saves us, he is the one who transforms us. In truth, they are both the same thing.

Click here to read a sample of Ed’s book.

There is a moment in everyone’s life when we become aware of a Divine presence. For most of us that experience occurs in the pre-teen to early teen years. Organized religion recognizes that fact and tends to schedule some of their most important spiritual events around that time. Be it the Bar (or Bat) Mitzvah in the Jewish tradition, confirmation in liturgical traditions, or baptism in the evangelical traditions, there is a recognition that something special is happening spiritually around that time. Then we grow up, get drivers’ licenses, become independent, and go to college. Then we relegate the awareness of spiritual reality to a childhood experience somewhat less important than the game in which we made the winning score or our first kiss.

Daily stressors such as jobs and finances, as well as the distractions of always-available entertainment draw us farther and farther away from the quiet presence of God in our lives. But even now, you can close your eyes in this solitary moment, take a deep breath, and wrestle your focus away from the issues that dominate your thoughts. Look deeply inward. You can realize the abiding presence of God in the center of your being, and know the peace he brings into the stillness of your mind.

We need to find God, and he cannot be found in noise and restlessness. God is the friend of silence. See how nature – trees, flowers, grass- grows in silence; see the stars, the moon and the sun, how they move in silence… We need silence to be able to touch souls. ~ Mother Teresa of Calcutta

Most of us learned to recite prayers as children. We also learned to walk and read as children. As we grow older, we learn to refine our basic childhood skills so they serve us better as adults.

When I was a child I had a Sunday school understanding of God. I saw God as a kind- and loving Supreme Being who was watching over me and caring for me. That concept worked fine when I was young, but as I grew older and faced increasing complexities in life, there seemed to be a lot of unanswerable questions. Many are able to live faith-filled lives with those questions unanswered. Increasingly, our culture is slipping into agnosticism and atheism as Sunday school answers no longer satisfy our modern understanding of the universe. I am personally of the conviction that if we are going to take the light of Christianity into the next generation, we are going to need to update how we talk about God and how we understand his relationship with his creation.

Once, as I was visiting an exhibit of photographs from the Hubble Space Telescope, I was fascinated by a frame of a thousand stars of different hues and shapes. As I read the caption, I learned that these were not stars, but galaxies. The photo represented a small, dark portion of the night sky described as “about the size of a postage stamp” that allowed the Hubble Space Telescope to peer into space beyond our own galaxy. It was called the Deep Field. As I looked into the photo and allowed its impact to wash over me, I said to myself, “Ed, your God is too small.”

I believe in God – not in a Catholic God; there is no Catholic God. There is God, and I believe in Jesus Christ, his incarnation. Jesus is my teacher and my pastor, but God, the Father, Abba, is the Light and the Creator. This is my Being. ~ Pope Francis